If you’re writing a script, particularly a comedy, you’re going to need some jokes. Try this experiment: gather a group of friends and ask each one to tell you a joke. This is science. You can’t rely on a single instance.

Research shows that most of these experimental subjects you chose will return your perfectly reasonable request with an embarrassed, blank stare. Now let’s up the ante. Go back to that same group of friends and ask them to create a joke about a Buick car salesman.

If you’ve ever had to come up with a joke for a specific setting, you’ve learned the meditative power of staring at a piece of white paper, or a blank computer screen, for a protracted period of time.

In a webinar (available on-demand) we recently presented techniques you can use for coming up with jokes on demand and then learning how to use them in scripts. Here’s a taste of what you’ll come away with.

Let’s go back to that Buick salesman and figure out what you can do if you need to come up with a quick car salesman line. One way is to find a related joke and to switch it. Consider this old joke:

A man is walking through a cemetery and sees a tombstone that says, “Here lies a lawyer and an honest man.” He asks the caretaker, “Hey, since when have you been burying people two at a time?”

Now watch us parallel park it.

A man is walking through a cemetery and sees a tombstone that says, “Here lies a car salesman and an honest man.” He walks up to the caretaker and says, “Hey, since when have you been burying people two at a time?”

Sound familiar? We repurposed an old joke and made it fit a different need. Here’s another approach to the same problem:

From Jack Benny to Monk

Jack Benny, whose comedic persona was the cheapest man in the world, is responsible for the most famous bit in radio history. Benny was held up in an alley. The robber pointed a gun at him and said, “Your money or your life.” A long silence follows and the robber repeats his thereat. “I said, your money or your life.” After the longest pause in radio history, the robber repeated his demand and Benny answered, “I’m thinking, I’m thinking.”

We’ve seen the same bit on Monk, making it work for their characters. We’ve also seen it used on Roseanne and Big Bang Theory.

Switching starts with old jokes, but comedy writers also need to be original. In the Webinar, we placed a great deal of emphasis on creating original jokes. Your life may not ever be the same once you’ve learned to use the Two Story Model of Joke Writing.

There’s an old saying in boxing, “You never see the punch that knocks you out.” In this model, the first story misleads your audience. It will stir up obvious assumptions enabling you to create your setup. Setups are the secret to writing good jokes. After you’ve created the first story to mislead your audience, you hit them with the second story that destroys the assumption you led them toward, resulting in a laugh.

Here’s an example that goes all the way back to Henny Youngman and illustrates how the model works:

My wife just ran away with my best friend…boy I miss him.

The assumption most people make is that he has been hurt by his wife and betrayed and angry by the lack of trust of his best friend. The punch reveals that losing the wife might not have been such a big disappointment, but he’ll never replace his best friend.

Here’s one more example. Stephen King was once asked the secret of his success as a writer:

“I have the heart of a small boy…It is in a glass jar on my desk.”

The setup leads us to think King is talking about being able to get inside the head of a young boy, his ability to think young, but the punch reveals the literal heart is in a glass jar.

Using Jokes in a Script

Once you’ve written a joke it’s worthless unless it advances your story or develops your character. And most importantly creates conflict. How do you do that? (Did we mention our Webinar is available on demand?)

This article was originally published in ScriptMag.com and reprinted with permission. 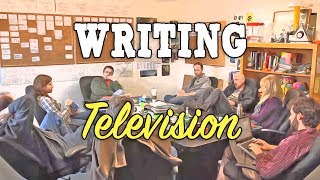 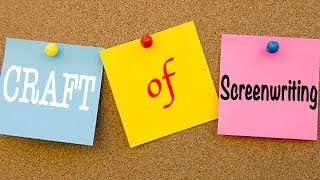 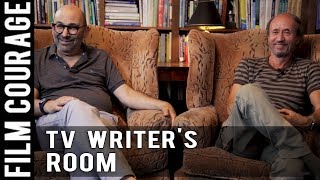